‚The claim, that society is founded upon cloth, is quite a statement to make.‘ 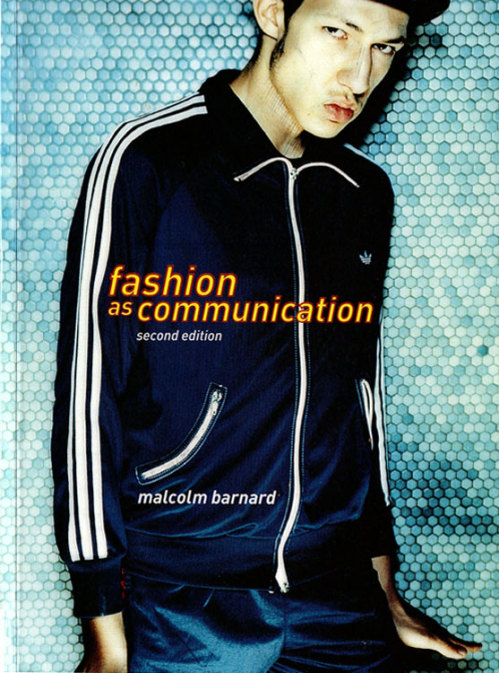 ‚Convincing, perhaps, is the argument proposed by Douglas and Isherwood, who say that „goods are neutral, their uses are social, they can be used as fences or bridges“. This is the argument that, while individual items of fashion or clothing may be neutral or innocent, the uses to which they are put, the functions they fulfil, are not. The uses and functions of garments are social and cultural and therefore neither neutral nor innocent.‘ And that’s where the debate may begin.

In chapter four Barnard explains the main problems involved with some accounts of meaning and presents what is claimed as a more satisfactory account. This looking at the works of Barthes, Culler and Larrain, using semiology, and how different levels of meaning are generated by means of syntagmatic and paradigmatic difference. Barnard also thinks about the role of written fashion and clothing: ‚These (glossy) magazines and articles construct garments, ensembles and collections as meaningful and communicative by writing about them.‘

The last chapter is an attempt to explain items of fashion and clothing as undecidable, as potentially both reproductive and critical of dominant or prevalent class and gender positions and relations. Barnard concludes: ‚ Fashion and clothing existing in the gaps or spaces between conceptual oppositions, are themselves undecidable in terms of these oppositions. They are not simply decidable in terms of public/private, subject/object, appearance/concealment, modesty/seduction, individual/group and so on.‘