He is one of my greatest heroes not only because of his amazingly beautiful fashion illustrations but also for high standard of ’slow-work‘ produced linocuts – a technique hardly ever used nowadays. François Berthoud is and delivers great and purely hand-made inspiration. 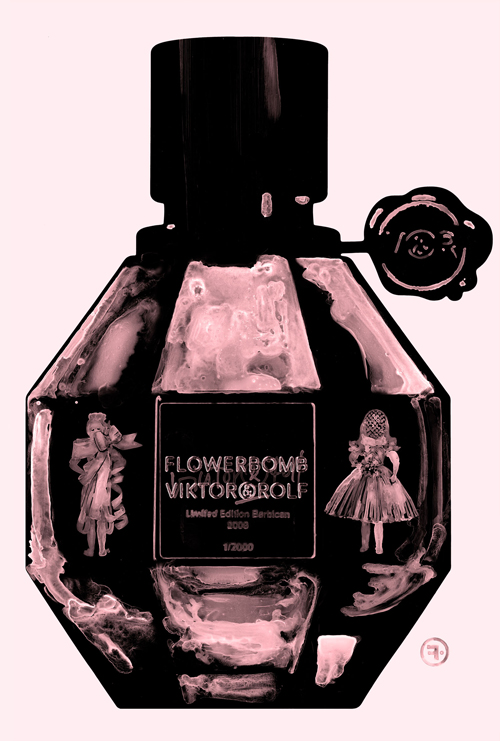 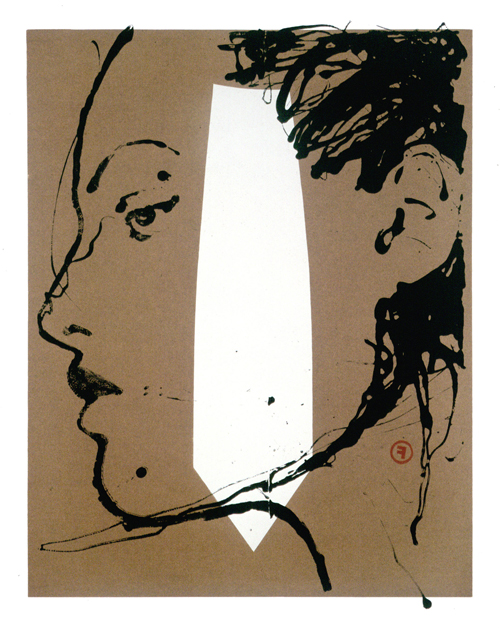 The Museum für Gestaltung, Zürich will be showcasing François Berthoud from June 22nd until 9th October 2011. Read the press release below. 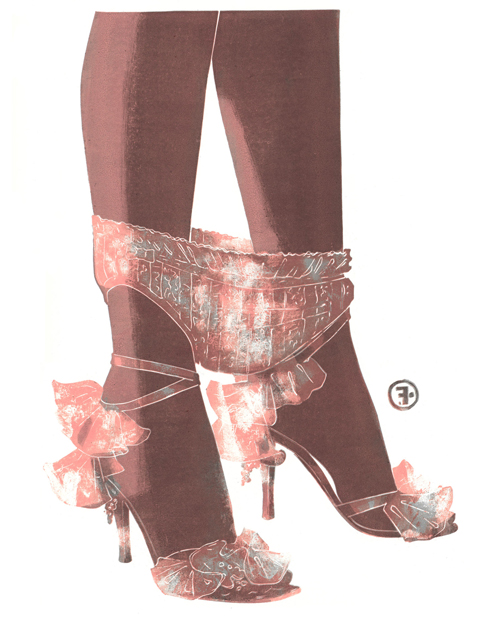 Swiss-born François Berthoud is numbered amongst the outstanding fashion illustrators of our time. His first one-man show in a museum presents his work in a field of tension between fashion, accessories and a subtle eroticism.

François Berthoud has an unmistakable signature in his graphical transcription of clothes, shoes, handbags, perfumes and accessories. With illustrations for magazines such as “Vanity” or “Vogue” he achieved world fame. His expressive esthetic linocuts, drip pictures and computer graphics form part of campaigns that help shape the perception and the success of fashion houses from Yves Saint Laurent and Bulgari to Ferragamo, from Viktor&Rolf to Christian Dior. Berthoud‘s work conveys facets of visual seduction in a double sense: both in fashion as well as its interpretation in illustrations everything revolves around an explicit or implicit message, suggestion, conciseness and esthetics. And the erotic component plays a leading role, as Berthoud himself says: “eroticism is a constant theme, also in advertising. But in comparison to photography illustrations can offer more room for imagination and interpretation.” 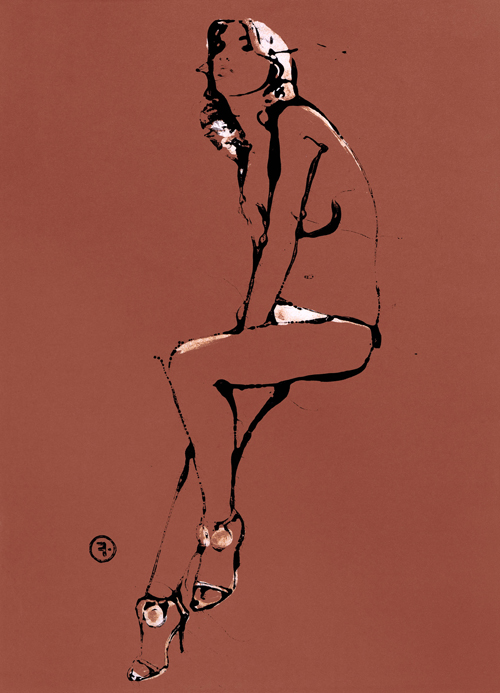 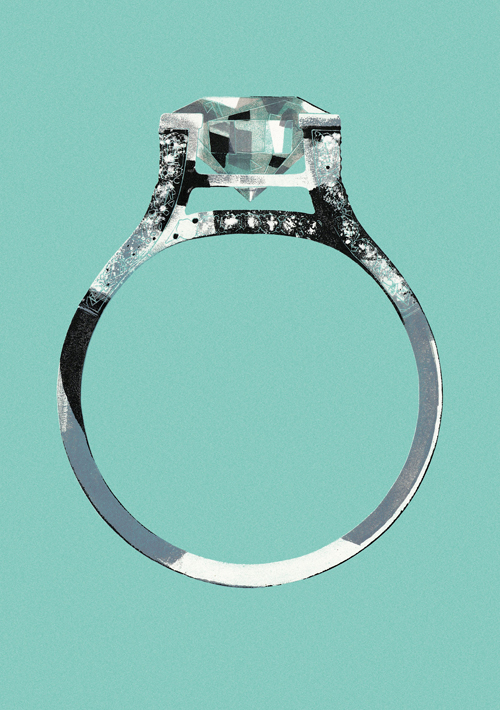 The Three Areas in the Exhibition

The exhibition leads to the works by way of preliminary studies and intermediate steps, thus explaining the development process of this suggestive world of images. The public is received by a specially produced film (by Eric Stitzel) which follows the linocut from the first sketch to the final product. This film illustrates the path on which Berthoud reduces the photograph used as his starting point to its visual essence – to those few lines that form the basis for cutting into the linoleum sheet.

The second part of the exhibition is devoted to the final prints. In the past few decades François Berthoud has developed a number of his own image-making techniques (generally print processes), which serve as a basis for the advertisements, packaging, magazines and campaigns of his clients. Most of the works are shown without glass and unframed, as it is only in this way that the entire structure and intensity of color of the his works can be seen and experienced. Works for clients such as Calzedonia, Brioni or the Galeries Lafayette are presented side by side with portrait studies of Karl Lagerfeld and Sonja Rykiel.

Two studios within the exhibition form the third area and give deeper insights into the artist’s work processes: one of these is devoted to the preliminary studies, sketches, pure drawings and the cutting of the linoleum sheet. The other studio offers a breakdown of selected work steps: from the first sketch to Berthoud’s keyboards of colors and on to the published campaign, visitors can follow how François Berthoud structures his work processes, in order to achieve images that, even in the fast-paced world of fashion, outlast any zeitgeist. 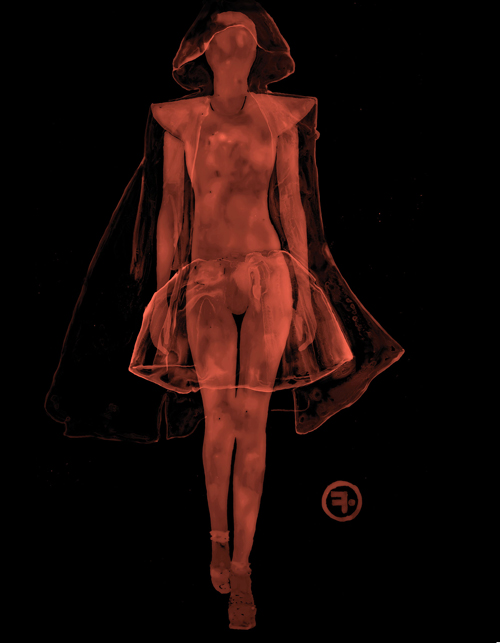 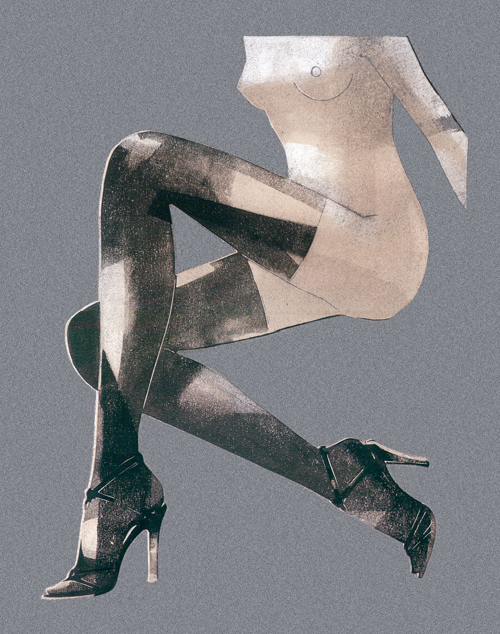 François Berthoud was born in 1961 in Le Locle and studied graphic design at the school of applied arts in Lausanne. In 1983 he began to work as art director for the publishing house Condé Nast in Milan. Parallel to this he regularly published his work in the magazine Vanity which quickly established itself as an international reference for fashion illustrations. After spending a number of years in Milan, New York and Paris, Berthoud has been running his own studio in Zurich since 2008. He works there on commissions from international fashion houses but also for some of the biggest titles in the world – for example at the start of 2011 his portrait of the founder of Wikileaks, Julian Assange, graced the cover of the New York Times Magazine. 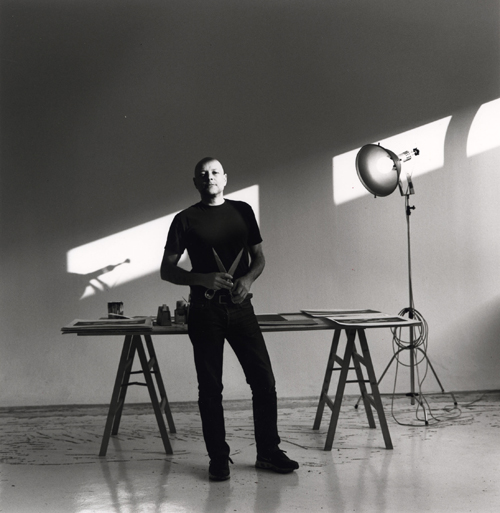