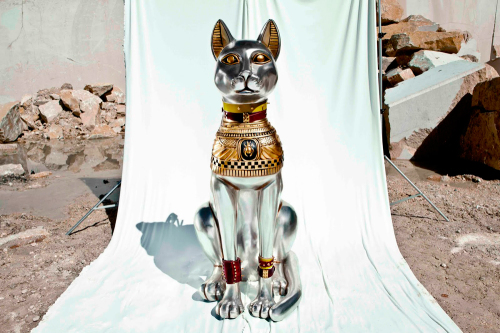 Let’s recall Úna Burke’s AW 2011 installation, where she showed a sinister short film called ‚META.MORPH‘ featuring her collection with a grotesque ending, in which a model freed herself from a dark cellar or tower room (see images below). Since then, Úna has gone places, including spiritual, symbolic and superstitious ones and eventually found her inspiration in burial and mummification rituals of the Ancient Egyptians. The decoration of the sarcophagus and the tomb with protective symbols set the starting point for her Spring Summer 2012 ‚Bastet‘ collection. It was believed that through these processes the soul was protected and aided in the passing through to the afterlife where it would be reborn and in effect ‘death would be cheated’. 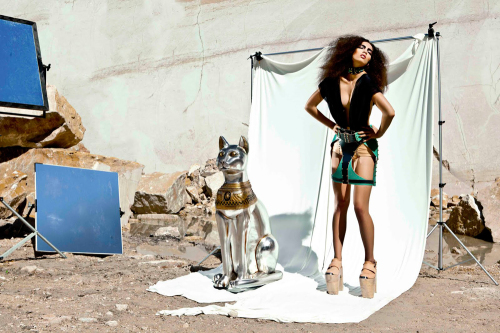 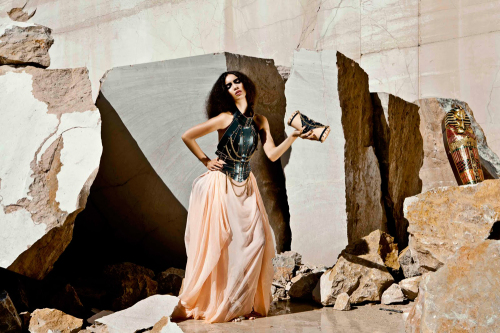 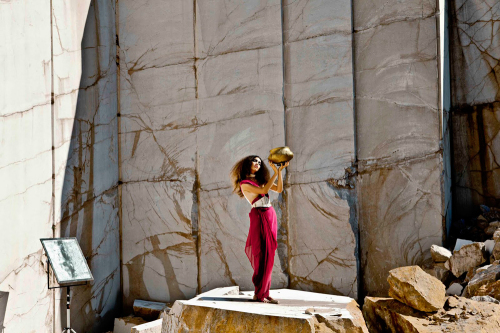 The Irish-born luxury leather accessories designer has therefore, with her distinct construction technique using leather panels and brass fittings, created bodice pieces that protect the heart through forms relating to that of the heart scarab and a human heart shaped hollow vessel to be used as a handbag. In researching this topic Úna Burke also uncovered stories of an Egyptian Goddess called ‘Bastet’ who was worshipped by many, often depicted as a lioness or a cat. Bastet was regarded as the protector of Lower Egypt so, inspired by this, these armour-like pieces have been photographed with flowing, draped chiffons, creating a strong warrior-like, yet very feminine and sensual character. 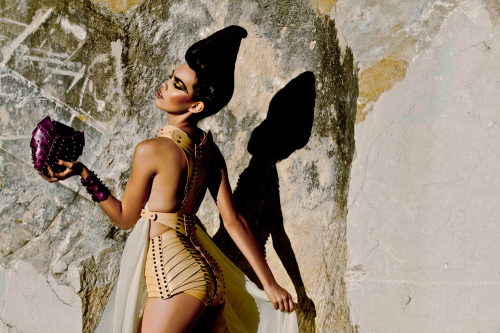 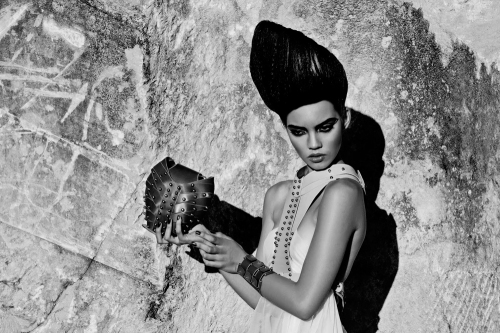 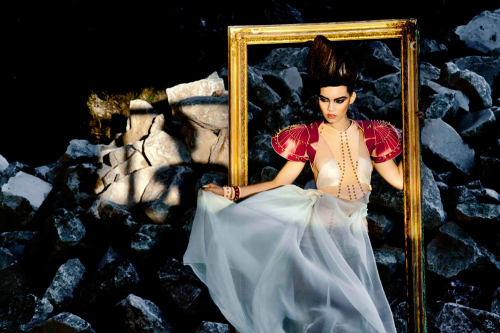 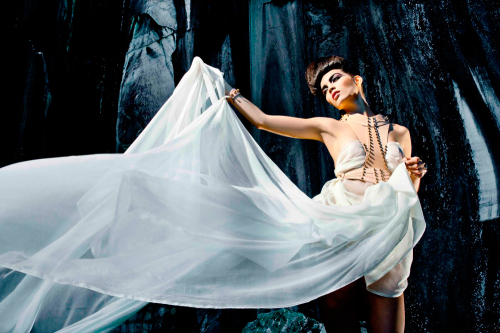 This season Úna also collaborated for the first time with catwalk designer Philip Stephens for his brand ‚Unconditional‘ and she will now start work on an exclusive collection for the e- store of Joyce Hong Kong, which will launch in April 2012. 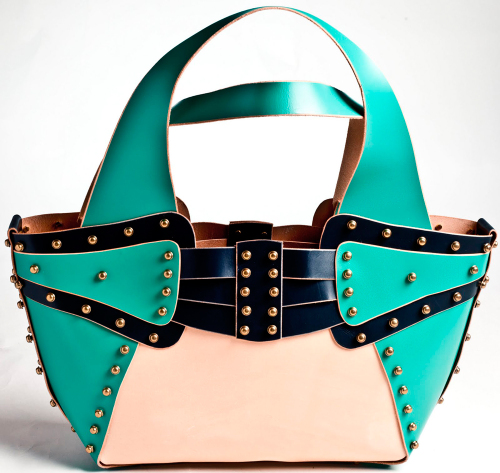 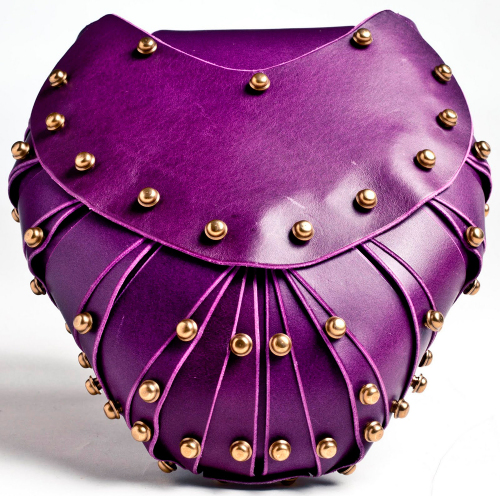 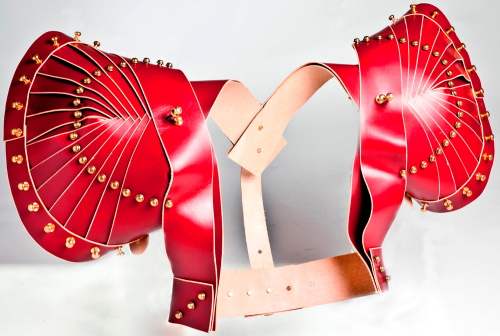 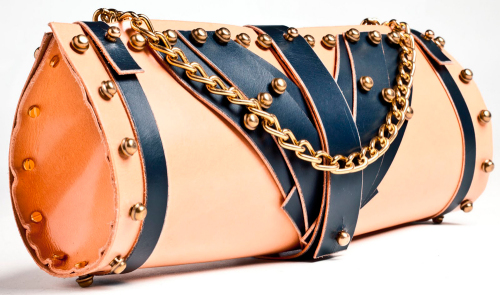 Bodice 2: 1 x Elephant in One Size 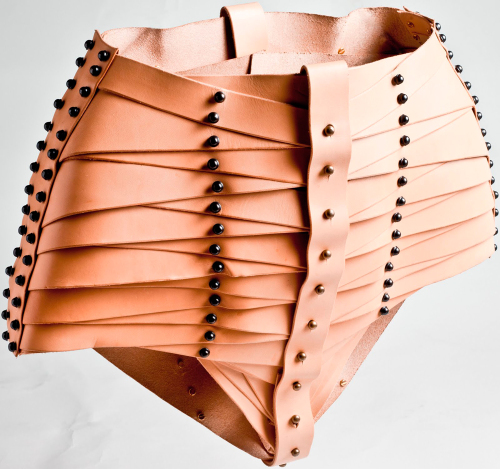 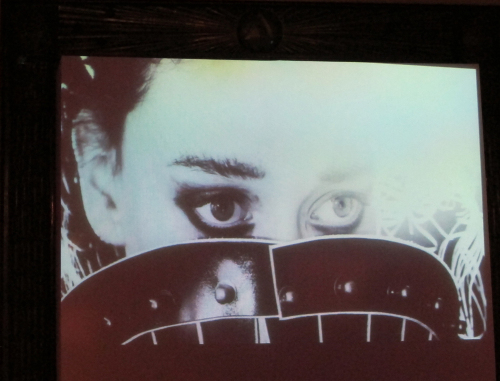 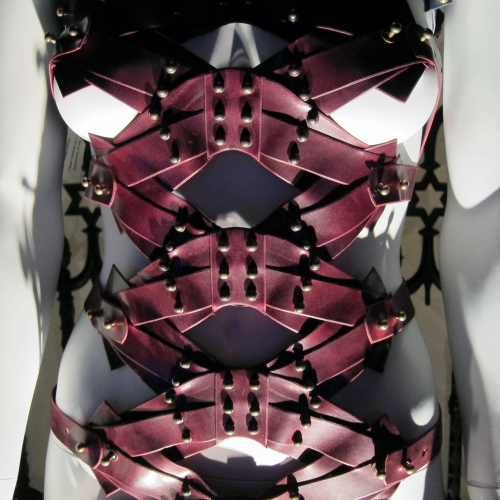 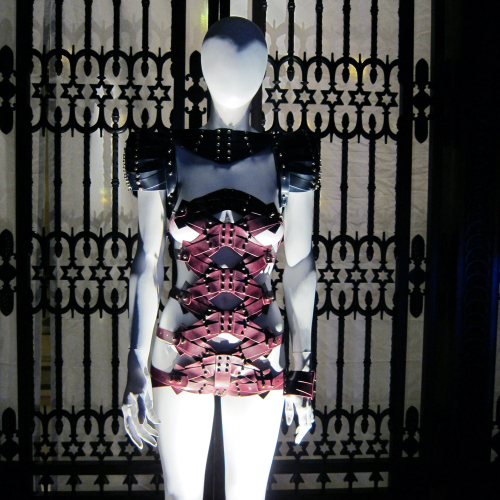