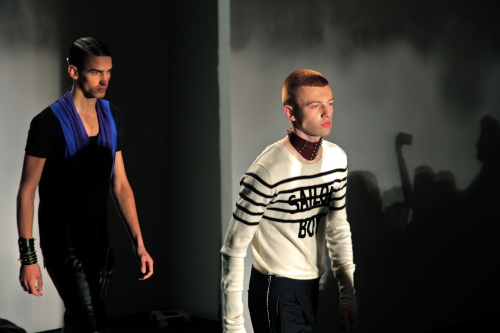 Unconditional SS 2012 by Philip Stephens. All images by Saskia Reis

Muted tones were followed by strong signal colours, just before returning to more contrasting shades in terra, black and white. With his slick combination of colours and fabrics, the designer proved his craft to create looks which flatter male and female in the same way. 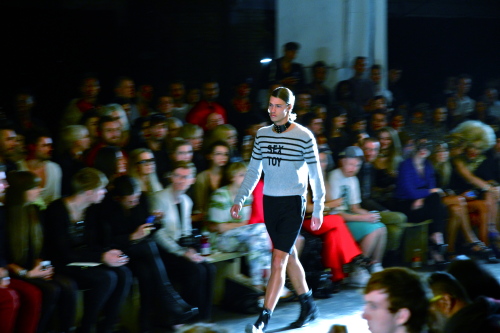 Stephens brilliantly teamed up with super talented Una Burke who gave his creations an leathern accessory finish. After the show, Stephens (who by the way is really friendly, down-to-earth and just radiates genuine charm) told us that he took his inspiration from a Mancunian´s Midsummer Night´s Dream. “There were different sections within the dream,” he smirked, hinting at the variety of the show, which included a precollection Unconditional made this season which was also showcased on the catwalk. We are in love! 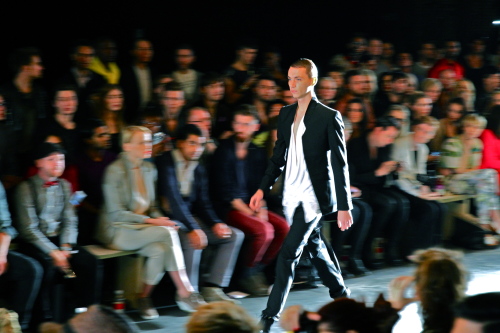 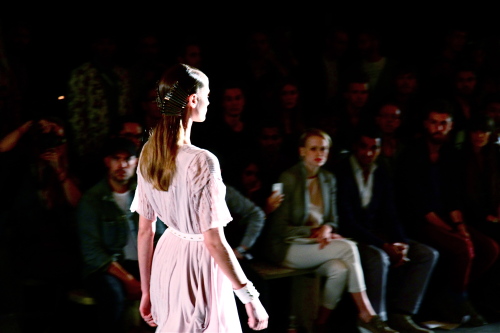