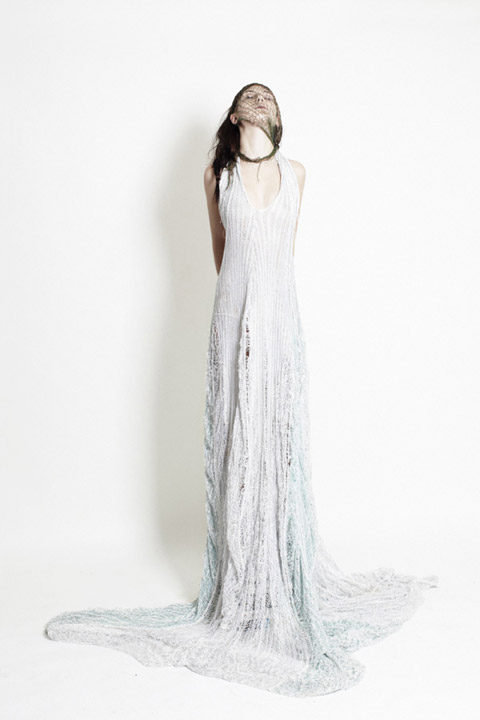 A Central Saint Martins graduate who’s been producing knitwear for fashion designer Gareth Pugh for six seasons and is backed by The British Fashion Council’s NewGen can only be a talent to watch. Craig Lawrence’s knitted womenswear collections are of a certain fascination since they seem, alienesque and sexy as they are, to be a bit out of place – and that’s what makes them just right. 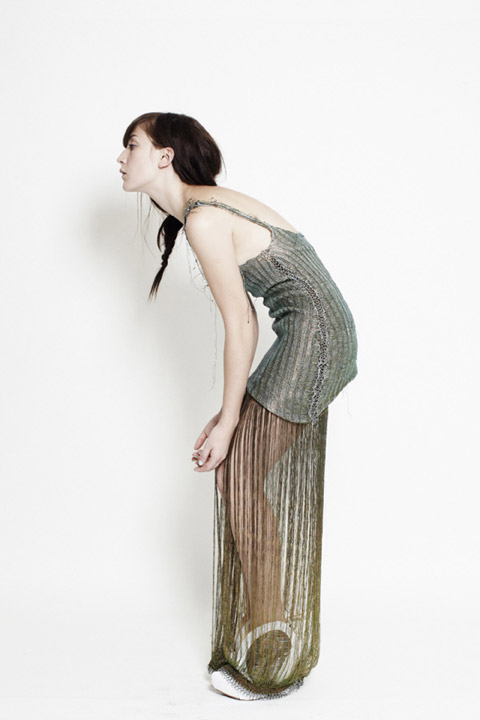 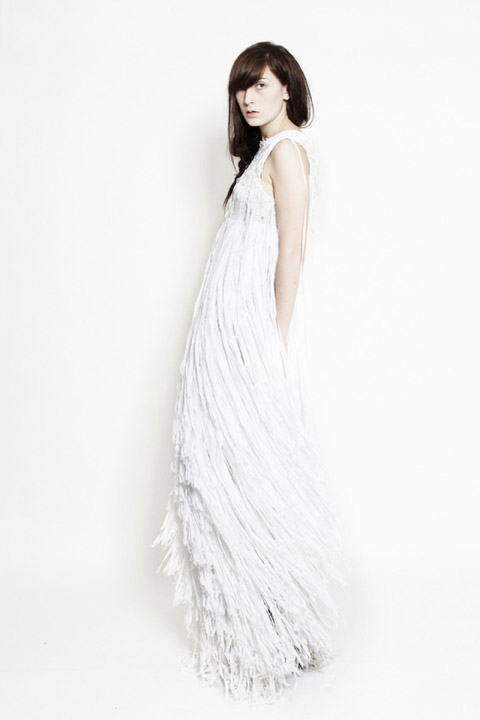 “Knitting with unconventional materials to create voluminous, fluffy and shiny knits,” the designer describes his signature. 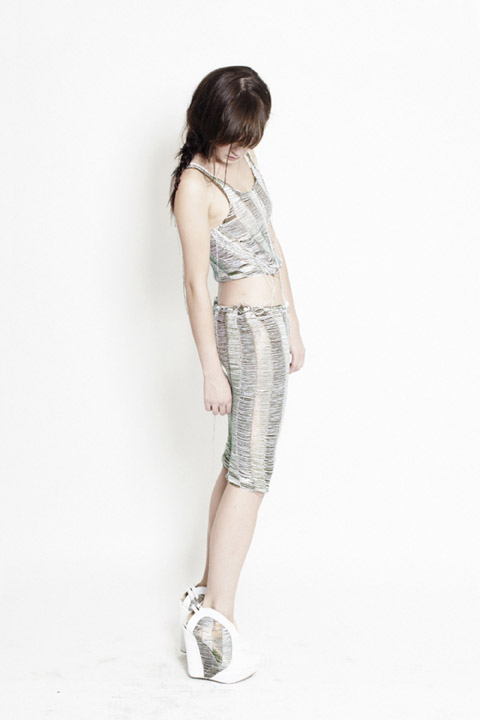 He keeps his shows without music but explanatory commentaries on the outfits and it’s been six season’s now since Craig Lawrence has been showing fashion films in the context of his collections. The next one will be screened on 19th February 2012 from 11am – 12pm at Somerset House at London Fashion Week AW12. 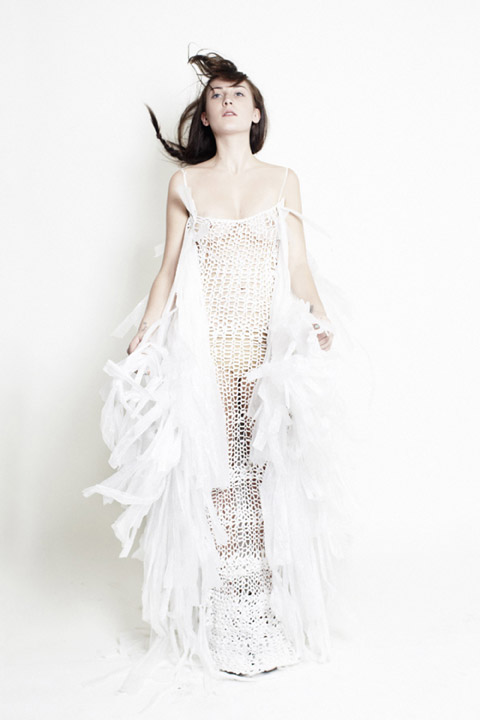