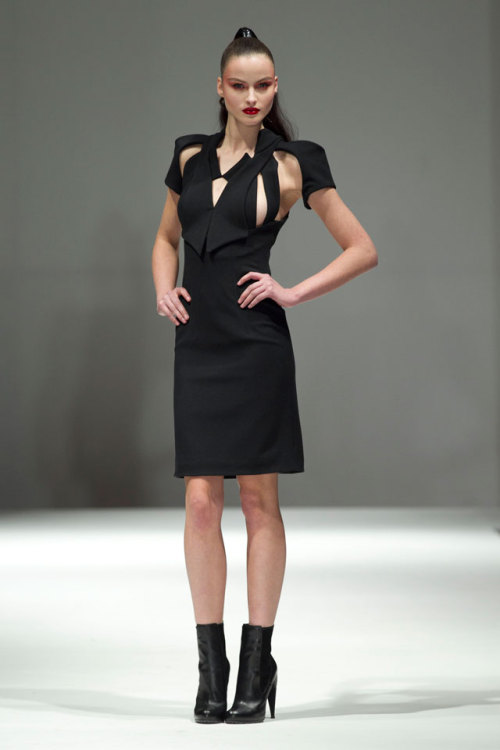 Jean-Pierre Braganza’s Positronyx collection was said to be sci-fi influenced. The Canadian designer, who also used military and navy influences, presented a collection of sharp tailoring in charcoal and black, with peaked strong shoulders or raglan sleeves in more relaxed versions. Some had interesting folds and pleats. His dress/coat hybrids were often decorated with leather insets and occasional zipper details. 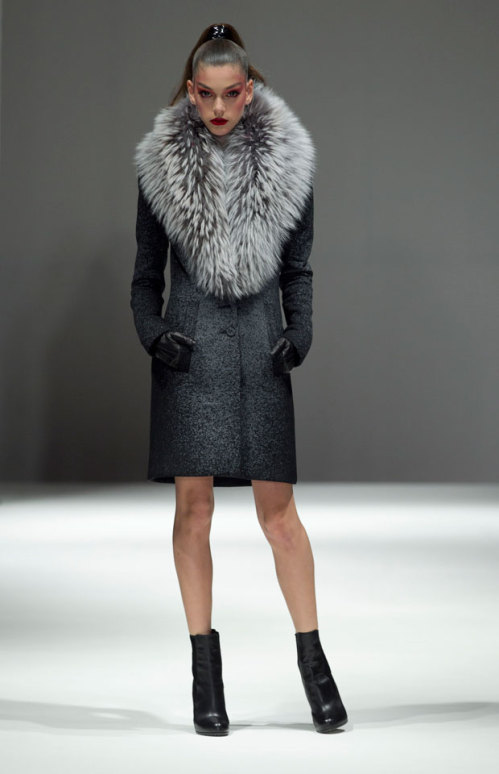 The Fox trimmed tailored coat that opened the show

In softer constructions, a black and red printed jersey dress and overall, or black and white striped knitted dresses with turtleneck collar, often with cutout detailing and patchwork. 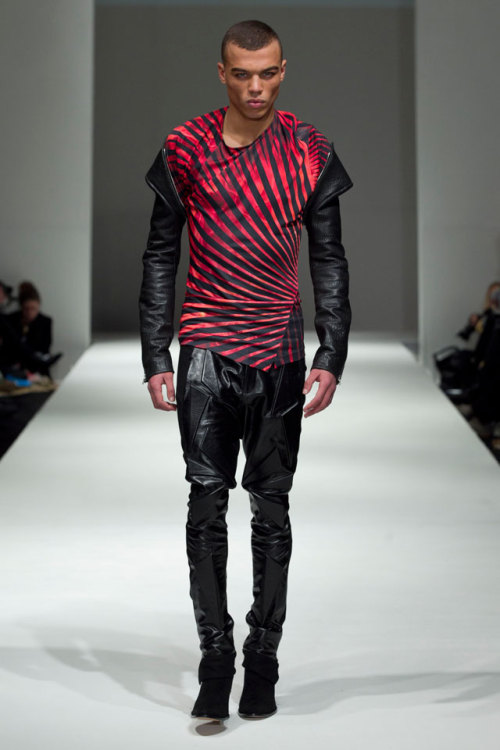 Red and black print appeared in masculine and feminine versions

A tailored grey coat with fur trim made a well-received appearance. The models had high pony tails and wore red, strong make-up. It couldn’t have been any more different in strength and self assurance from his soft coloured, fairylike SS2011 collection. 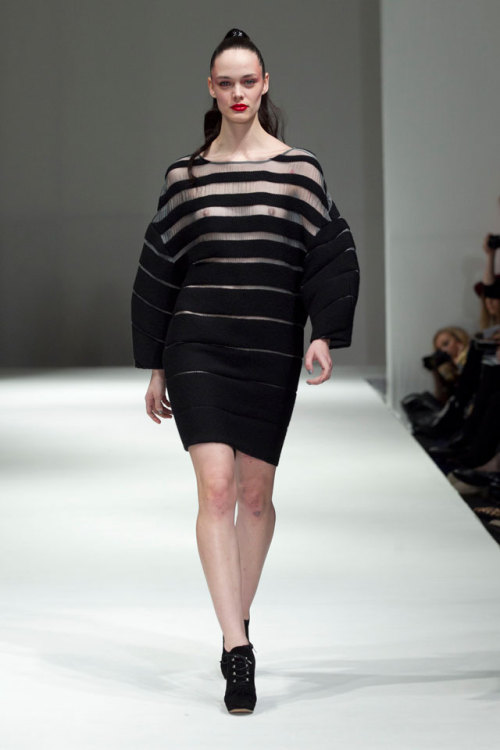 Transparent stripes in the sweater dress

After graduating from Central Saint Martins, before setting up his own label, Braganza worked with French designer Roland Mouret, who is known for his Galaxy dress. Inspired by science Braganza is now planning on launching an accessory collection. 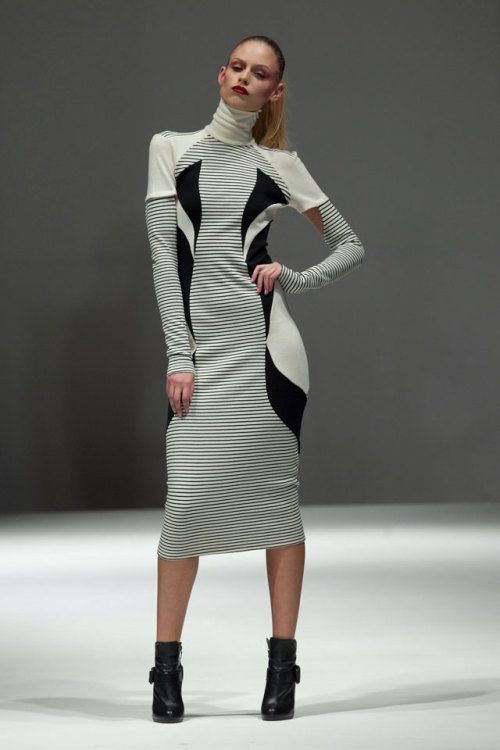 Graphic black and white knit dress with insets and cutouts were the most original creations. 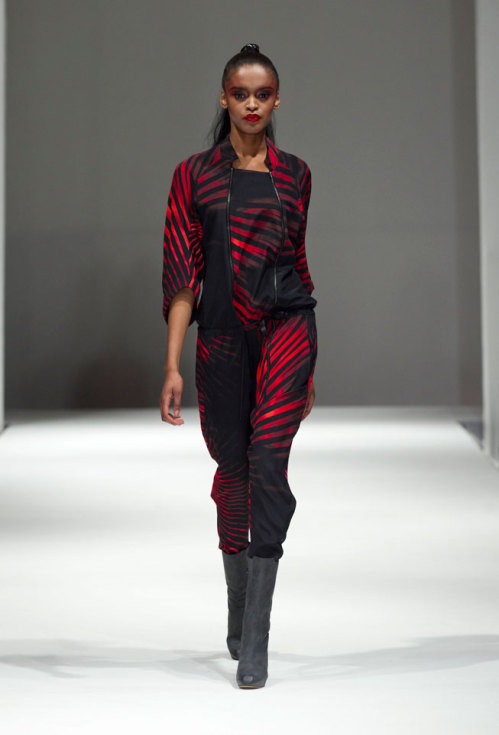 Thanks to Gabriel Weil for the cooperation.