By Melanie Pierucci Bolliger from Artists in Wonderland: After running around thinking I would never make it on time through the hectic schedule of London Fashion Week, I had the pleasure of stopping by David David’s store in Monmouth Street to look at his new collection. 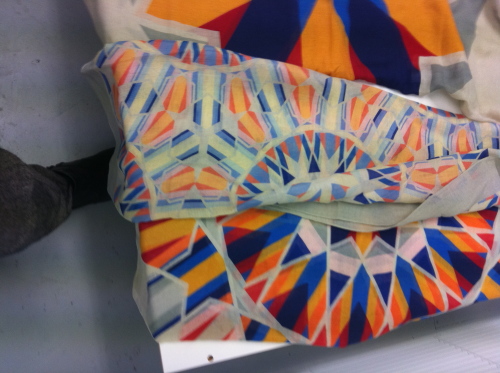 I expected to see a fashion event but ended up with the feeling of being in the middle of an art gallery that one of my friends would set up in their living room: The atmosphere was laid-back and allowed for a more intimate appreciation of the collection. 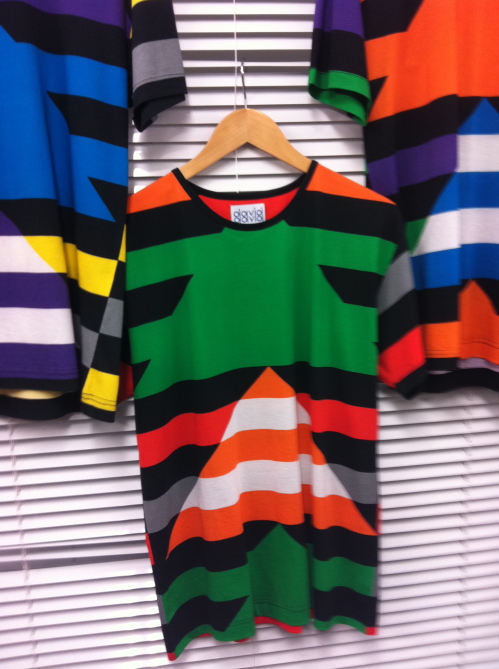 David David’s basic T-shirts and T-shirt dresses were ripped out of the mundane by the graphic works hugging their threads creating beautiful modern art. Colourful geometry in a slightly cubist-meets-op-art sort of style was the main theme in the room. A refreshing and solid colour palette of uncomplicated and unpretentious shapes compensated for the lack of intricate garment construction. 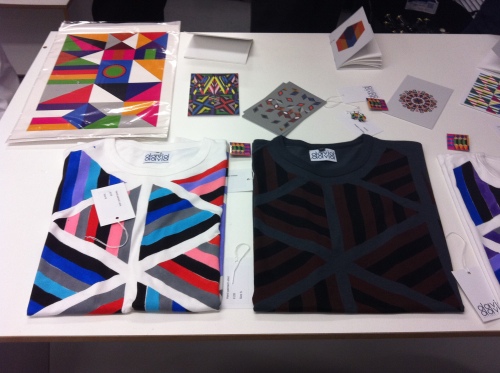 The eye-catching prints did not stop with clothing. Umbrellas, puff-chairs and other accessories were complimented by the colourful theme.