A Psychedelic Use Of Colour – Fred Butler SS 2012 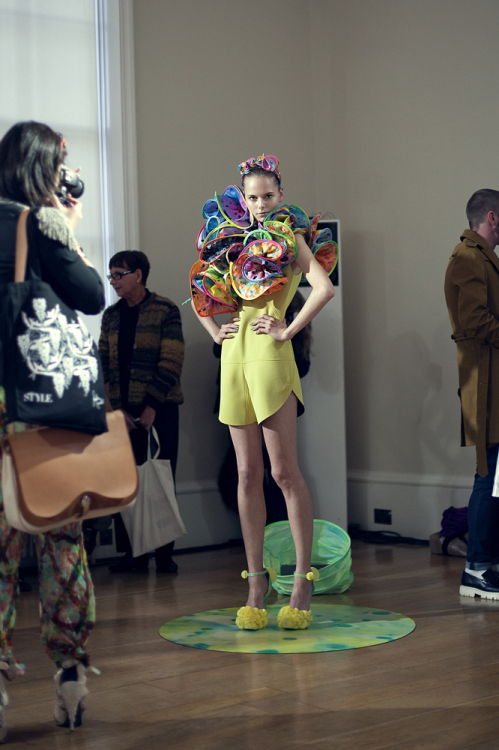 Continuing her iconoclastic approach to accessories and psychedelic use of colour, props stylist Fred Butler teamed up with amazing Patrick Wolf who did an exclusive four-part sound installation facilitating Fred’s idea of multisensory fashion featuring sound, mood, texture and colour. Colour is ‚the first thing I think about when I wake up. It’s not a forced decision. There’s no logical pattern, it’s not seasonal, it’s just a feeling I have. Sometimes the colour doesn’t come and I have to sit in my dressing-gown and wait for it, which is annoying if I have to be somewhere.‘ says Fred about getting dressed in the Telegraph Magazine. 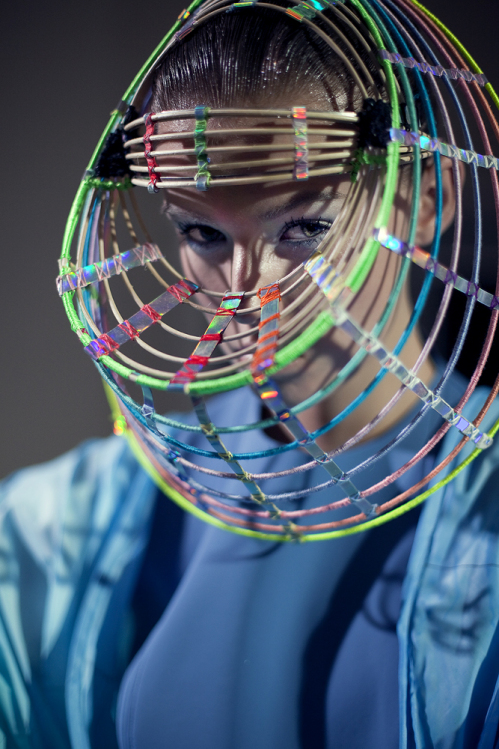 Inspired by the forms and fluid movements of creatures that shed their outer shell to reveal luminescent bodies, the collection, styled by Kim Howells, is made of dramatic, voluminous pieces with twisted, ruffled and telescoped circular swirls on hand painted silk. 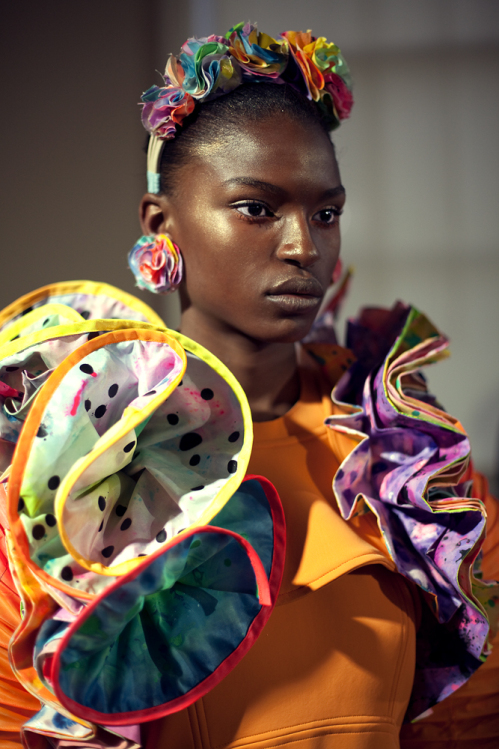 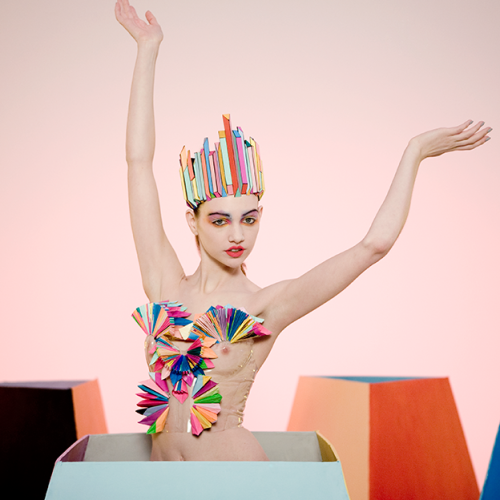 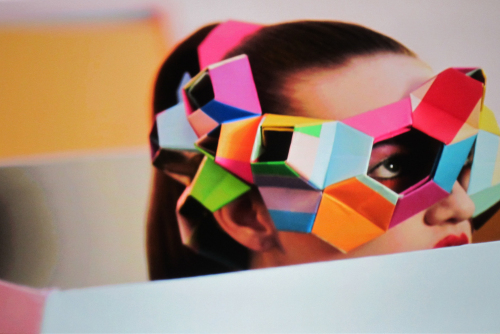 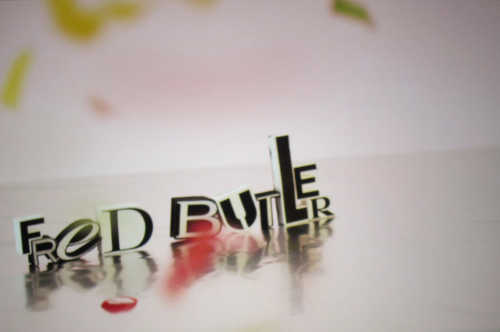